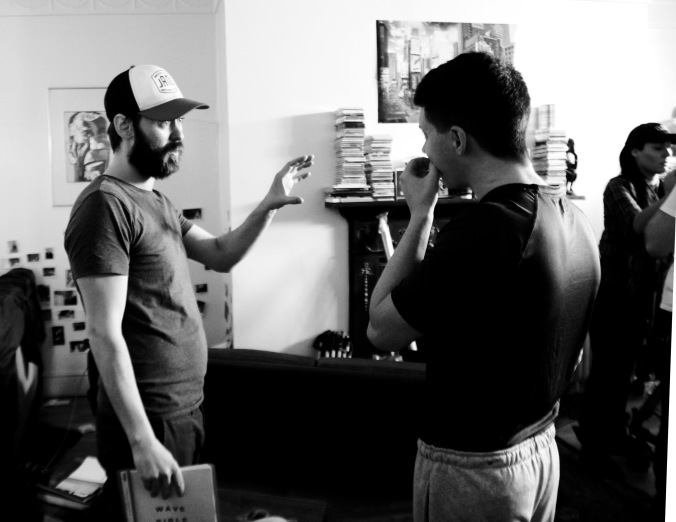 How does it feel to be nominated for an Academy Award? Dubliner Ben Cleary just recently found out…

The aforementioned dialogue will be familiar to some of you – it’s from a great scene in Martin McDonagh’s now-iconic In Bruges. Ralph Fiennes plays Harry, and his wife isn’t best pleased at his destroying of the house-phone in a fit of rage.

Yes, the telephone is an inanimate [fucking] object, but that doesn’t matter. After all, many items of incredible monetary and personal value are inanimate. There’s that iPhone you may be using to read this. That ridiculously expensive watch you’re wearing. The selfie stick you should’ve binned by now.

But one particular inanimate object in the movie world tends to trump them all – the 13.5-inch tall, 8.5 pound gold statuette that is, the Oscar. Martin McDonagh would know all about that little gold nod of approval from the Academy, winning one a decade ago when Six Shooter was named the Best Live Action Short Film.

In the same category on February 28th, a young first-time director by the name of Ben Cleary is nominated for his 12-minute short Stutterer, a film wherein a man with a cruel speech impediment must face his biggest fear.

The most impressive aspect of Cleary’s achievement is that he not only directed, but edited and produced, the short, albeit with the help of an astounding cast and crew. He is aware of the life-altering nature of an Oscar nomination for a director, but also displays incredible modesty and even disbelief at the achievement.

“Even getting the shortlist towards the end of November was special – we didn’t even know it was being announced on the day, we just checked our emails and suddenly saw we were in the last ten for the Oscars. It’s been a strange, surreal couple of months.”

Nominations day on January 14th was a nervy one not just for Cleary and all associated with the film, but the family members of those who worked so hard on the project, too. Stutterer was the fifth and final nominee announced in the category so the tension had been temporarily heightened even further, and especially so for Ben’s little sister – the link she was watching the nominations on cut out after the fourth film was read out. 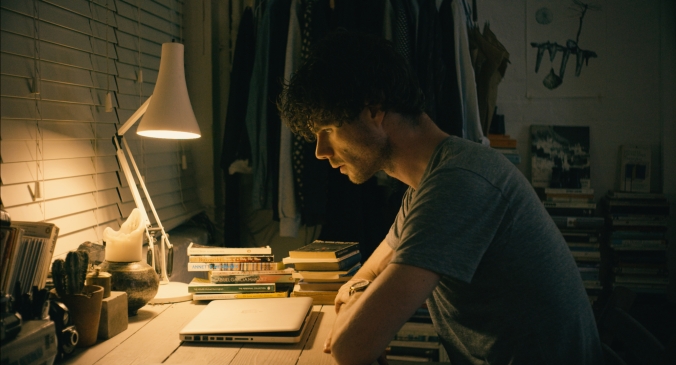 Cleary recalls going through “the entire spectrum of human emotion” as the nominees were announced and admits the entire crew were “gobsmacked.”

“We were cheering for a while and then we walked down to get a pint. We were just delirious, y’know? It was mad.”

Ben is Dublin born and raised and also lives in London – moving there to pursue his MA in Screenwriting at the London Film School in 2011. Like any good director he often draws on personal experience for inspiration for his stories, and Stutterer was no exception.

“I had a good mate growing up who had a stutter so I got to see what it can be like. Growing up can be a tricky time anyway for someone without that, so having something like a stutter which prevents you communicating as you’d like, makes it even more difficult.”

He goes on to acknowledge that his memory bank was certainly one place of inspiration in the making of the film. “All of these things you experience in life stay within your subconscious, and sometimes years later they’ll re-emerge again and you can end up putting them into a screenplay. In this case the personal experience was one of the things I drew upon.”

Although the main character in Stutterer (played by British actor Matthew Needham) suffers from a stutter which has a profound effect on his everyday life, his inner thoughts in the film are represented through an eloquent inner voice, in the form of voice-overs.

“The idea came from seeing something online – this gentleman who was talking about his stutter and was saying he found phone calls particularly difficult, whereas face-to-face conversations he found a lot easier. That idea that he struggled with his voice being on show was something I found touching and it affected me, and that’s where the idea [for the film] came from I guess.”

Cleary was also extremely keen to represent this difficult issue sensitively, as it is undoubtedly a truly personal and poignant film for those who are in the shoes of the film’s main protagonist in reality.

“It’s been amazing getting mails and messages from people who suffer with the disadvantage of having a stutter, saying it struck a chord with them or that they were satisfied with how it was represented – that felt great I must say.”

Although this film was Cleary’s directorial and editorial debut, he has been involved in other successful small-production film projects. An animation he worked on entitled The Great Fall revolves around a nervous young raindrop’s first fall to Earth, and it is starting its festival run at the moment. As a fan of Disney films since childhood, an animation was always something Cleary intended to dabble in.

Another short he wrote, Love is a Sting, follows the life of a hyper-intelligent mosquito with miraculous genes, who has literally been the fly on the wall for 20 years, never managing to communicate with a human (yet). The film was long-listed for an Oscar, having won Best Drama at the Cork International Film Festival last year.

It is safe to say the success of Stutterer has taken Cleary by surprise, although given the effort put into it it really shouldn’t be all that surprising. “This was a self-funded, low-budget production. Everyone was chipping in and most people were working for free. I was couch-surfing around different mates’ rooms in London for about two months and I put the money I would’ve spent on rent into the film. It was definitely a labour of love.”

“There were definitely days where I thought ‘What the hell am I doing here?’ and questioned whether it was worth it. I suppose you just have to keep going and luckily we got to the finish line.”

Getting funding as a first-time director is, perhaps understandably, not easy. Cleary was therefore wise to seek the assistance of established figures like director Vincent Gallagher and producer at Fail Safe Films, Ian Hunt Duffy. Cleary’s inherent desire to direct his own short scripts eventually came to fruition, and the results have been quite incredible thus far.

“I hadn’t directed or edited before. We never thought our little film would come anywhere near where it has come so I’m over the Moon at how it has turned out, and I’m pretty surprised really.”

The impressive list of awards, both wins and nominations, that Stutterer achieved even before the Academy Awards nod gives you a hint at the promising career ahead for Cleary as a director. There was a win for Best Foreign Film at the LA Shorts Fest, and the Audience Award at many festivals including the Kerry Film Festival and the DC Shorts Film Festival. There was also the British/Irish Short Film of the Year award at the recent London Critics’ Circle Film Awards, not to mention the Special Jury Award at the Savannah Film Festival in late October, which Cleary himself attended.

In fact it was at the latter where he first smelled a possible landmark year for Irish film in general, seeing both the Lenny Abrahamson-directed Room and Saoirse Ronan-starring Brooklyn for the first time. “It’s amazing having a nomination, but also being a personal huge fan of all the films and actors nominated makes it all the sweeter.” His film of the year was the same for many people it would seem – Room. “I’ve been going around like a lunatic telling everyone to go and watch Room. I saw both Room and Brooklyn in Savannah and they had such an incredible effect on the audience. You could feel everyone going through the emotions.”

Many famous names have first found their talent recognised in the Live Action Short category at the Oscars – even those who would ultimately find their calling in front of the camera, actors like Kenneth Branagh, Seán Astin and Jeff Goldblum. And there is of course the example of Martin McDonagh to follow; a screenwriter, director and playwright Cleary is fond of.

“I went and watched Six Shooter again the other week. It’s absolutely brilliant, an amazing short. I’m a real fan of his work and I love In Bruges as well. You do hope something like this can at least give you a chance to move onto features eventually. Obviously there will be a lot of hard work moving forward, but you do hope something like this can act as a springboard.”

The Dolby Theatre in Hollywood could potentially turn green next month, but win, lose, or draw, this little country with a population far less that of urban L.A. have plenty of reasons to be proud.

Even the little inanimate gold statuettes I mentioned earlier that will be handed out on the night were designed by an Irishman – another Dubliner, Cedric Gibbons. The Irish influence can be seen all over Hollywood, and that has clearly been the case since the very birth of film itself.

That’s enough about the history of the Irish in film however. It’s now time to focus on the future, and the year gone by would seem to suggest a bright one.

One thing’s for sure – this won’t be the last you will hear from Ben Cleary.